Autumn offers ideal trekking conditions. The air is clear and temperatures are mild, with days ranging from 15 to 24 degrees Celsius. The monsoon rain helps to clear the atmosphere and give hikers clear views. The temperature stays relatively stable during the day, but can become quite cool at night. Nevertheless, temperatures remain moderate through the autumn and into the later months.

The Gosainkunda lake is a sacred site for Hindus. It is considered holy by Hindus and Buddhists. It is a popular pilgrimage site and is also home to an annual Hindu festival called Janai Purnima. A pilgrim’s bath here is believed to wash away the sins of hundreds of lifetimes. The route passes dense forests and higher hills on the way to the lake.

The Langtang Gosainkunda trek is one of the most popular treks in the Langtang region. It offers an opportunity to explore a massive glacier zone and the holy Gosaikunda Lake. It’s an especially spiritual trek, and passes through expansive views and evergreen forests.

One of the most picturesque valleys in Nepal is Langtang Valley, home to 10 peaks over 6000m. The valley is also home to the Tamang people, whose culture is heavily influenced by Tibetan culture. Located over 3000m above sea level, this trek offers a unique blend of mountain landscapes and cultural traditions. During your trek, you’ll be surrounded by lush rhododendron forests and friendly Tamang people.

After leaving Kathmandu, you’ll take a road to the Langtang Valley, passing ridges and enjoying views of the Annapurna Himalayas. This road passes through the busy town of Trisuli before climbing towards Dunche and then downhill to Syabru Besi.

The Langtang region in Nepal is known as “the valley of glaciers” and is one of the most popular trekking destinations in the country. The trek is not too difficult and can be completed in five days. Many people enjoy hiking, camping, and rafting in the region. The trek is also accessible in the winter months when the weather is less cold and AMS symptoms are less common.

The Langtang valley is one of the most popular trekking destinations in the country and is also one of the most accessible. Located about 30 km north of Kathmandu, the valley is reminiscent of the Tibetan highlands and is considered an adventurer’s paradise. It features stunning scenery, rushing rivers, and exotic wildlife. The valley has been called the “world’s most beautiful valley” by Bill Tilman.

If you plan to do a Langtang Valley Trek , you’ll want to plan for some delicious food along the way. You’ll want to make sure you eat vegetarian foods when you’re up at high altitudes. Meat products might not be safe, so a vegetarian diet is a great option. It’s also important to practice healthy habits, like washing your hands and using hand sanitizer.

You’ll be able to find healthy food in teahouses throughout the region, which are typically only $6-$8 per plate. Although you might not be able to find any locally grown produce in the area, you can count on teahouses to serve you healthy dishes. In addition, teahouses provide safe drinking water, which is usually boiled or filtered.

The cost of a Langtang Valley Trek depends on several factors. Depending on the season, the level of service, and the specific price inclusions, the trek can cost anywhere from $300 to $400. The higher the altitude, the more expensive the food and drinks will be. However, the price of accommodations and transportation during the trek is relatively inexpensive. TIMS cards cost between $18 and $20 and private jeeps can cost around $20.

The Langtang Trek is generally less crowded than other popular treks in Nepal, and it can be done in as little as seven days. However, it is recommended that you allow at least 10 days to finish the trek. During your trek, you’ll be able to witness the beauty of the region and its wildlife. The park is home to a variety of animals, including the red panda, Himalayan black bear, wild dog, and more than 250 species of birds. 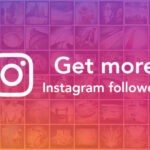 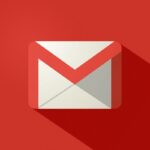 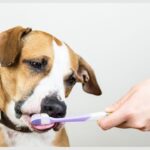 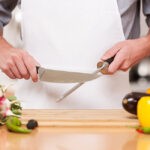